ON THE HUNT: EVERYTHING YOU NEED TO KNOW ABOUT HUNTING IN COLORADO 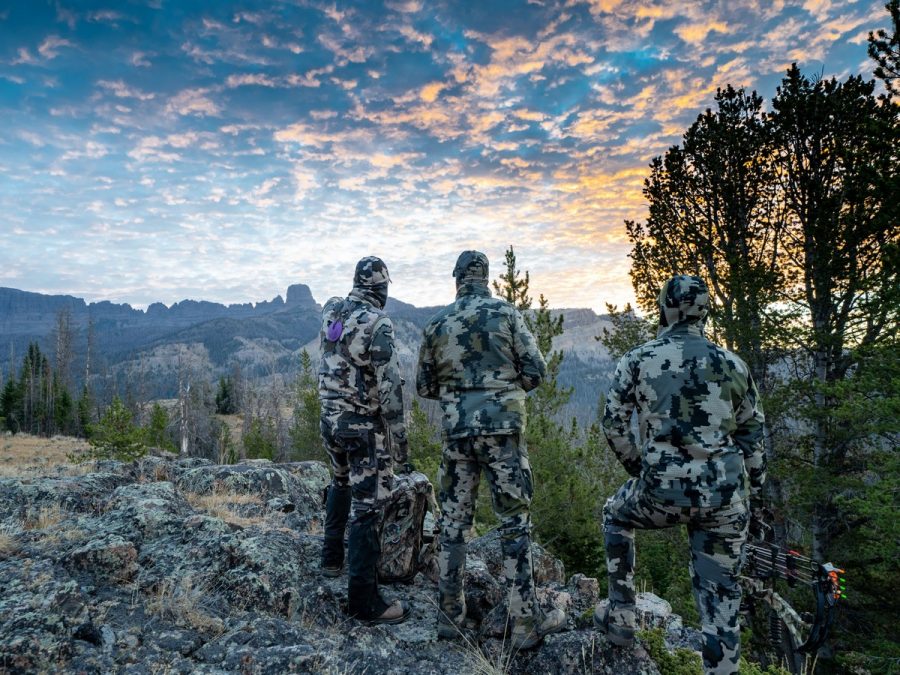 The reason Steamboat is an ideal place for hunters is simple: “We have a wonderfully diverse population of animals and a low population of people,” says Perk Heid, a fifth-generation local whose family has owned and operated Del’s Triangle 3 Ranch, the oldest continually operating outfitter in Colorado, for over 40 years. “Our terrain is a little easier to get around in. We don’t have the jagged rocky peaks; these mountains are easier to navigate.”

Still, hunting isn’t a simple activity you can just sign your family up for on your next vacation like say, fly fishing or riding snowmobiles. “Most of my clients have shot their whole lives. To pull a trigger on big game like elk, you’re going to want to have quite a few animals under your belt first,” Heid says. In addition to knowing how to handle a weapon, there are other factors to consider, like obtaining a license, completing hunters education requirements, and backcountry preparedness.

That doesn’t mean hunting isn’t accessible to people who want to learn, and there’s a lot more to it than throwing a rifle over your shoulder and donning camo and bright orange. Maybe you want to harvest your own food. Maybe you just want to experience the wilderness from the intimate perspective of tracking an animal. Or maybe you want to join the ranks of over 4,000 women who jumped into the sport between 2016 and 2019, according to Colorado Parks and Wildlife. Hunters are an integral part of wildlife management and conservation, which is why the hunting licenses are meticulously calculated and monitored by Colorado Parks & Wildlife

Maybe you always wanted to learn more about hunting but were too intimidated to ask. Here’s the lowdown on hunting in Colorado. 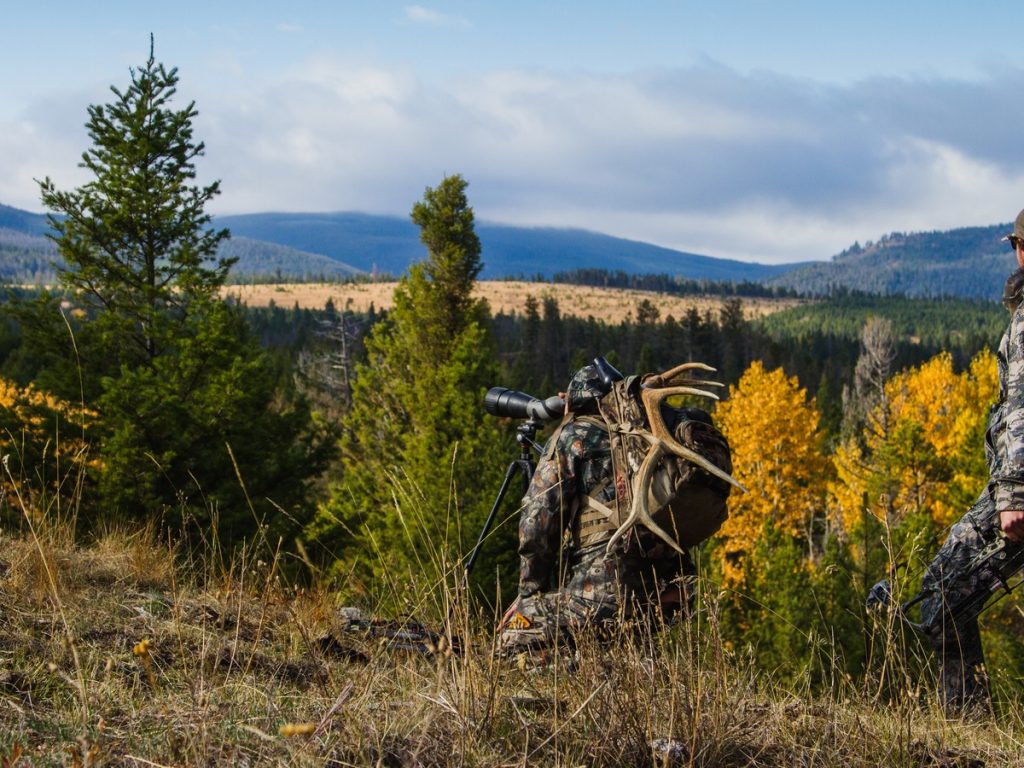 What types of animals are hunted in Colorado?

“In this area, we mostly hunt deer and elk, but elk is the main attraction; it’s especially a big draw for people from out of state,” says Heid. “But it’s also the hardest animal in North America to hunt.”

Colorado Parks and Wildlife issues licenses to hunt other big game like deer, moose, bighorn sheep, bear, and even mountain lions. Small game, like dove, pheasant, wild turkey, and water fowl are good place to start, Heid says. “You’ll want to shoot game birds and learn how the trigger feels, and how to point and shoot. It’s a good idea to get a few smaller animals under your belt first.” 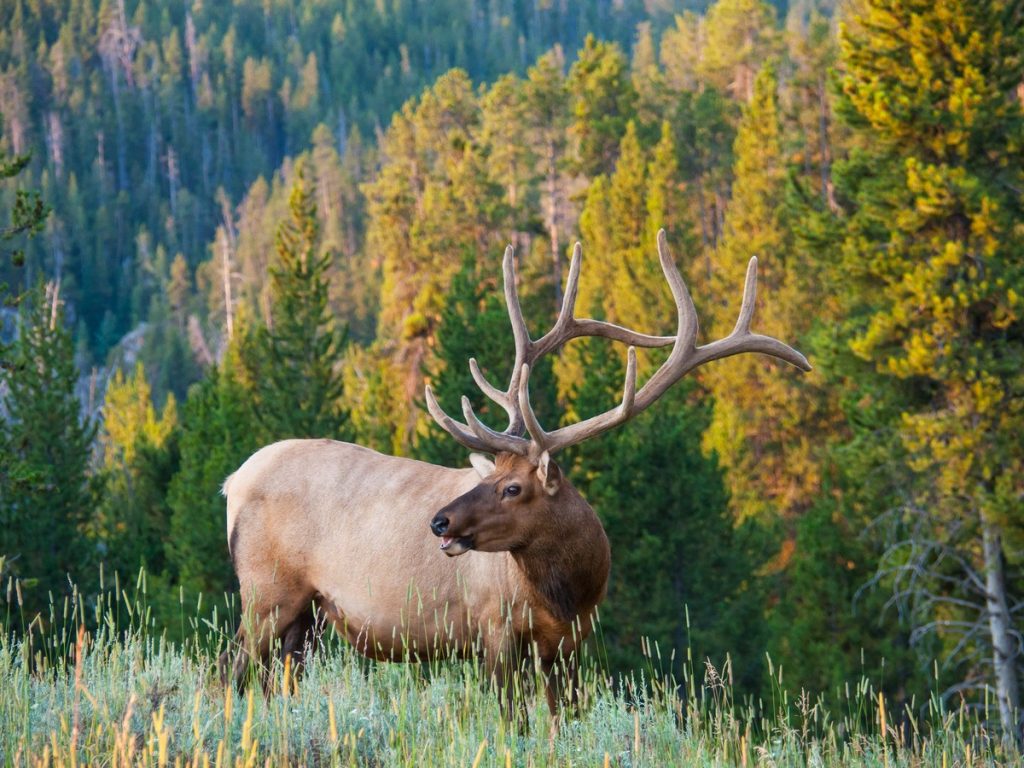 What’s the deal with the different types of weapons?

Let’s just say a weapon is to a hunter what a pair of skis are to a skier—it’s a very personal choice. Hunters in Colorado can choose from three different types of weapons: rifle, muzzleloader, and bow. “Bow hunting is very challenging. You have to be within 20 yards of the animal,” Heid says. Still, the modern compound bows are a “lethal piece of equipment” and can shoot 300 feet per second and are accurate up to around 70 yards. “It’s definitely powerful enough to bring down any large game when used correctly, but it takes a tremendous amount of practice,” Heid says. The advantage of bow hunting is its long season (a full month compared with the 5-10 days you get for rifle season), and it’s silent, so not only can you practice in your backyard, but if you shoot and miss, you’re less likely to scare off the herd.

There’s also the muzzleloader, a primitive rifle that uses black powder and a lead ball and gives you one shot. “It’s a time-consuming process to reload,” Heid says. Like bow season, the advantage of muzzleloader is the season falls in the middle of the “rut” or the breeding season when animals are plentiful and easier to hunt. ‘

The most common weapons are modern rifles. “It gives you the advantage to shoot comfortably at 200 yards and up to 600-700 yards for people who have a lot of skill and know what they’re doing,” Heid says. It also takes a lot less time to learn how to use a rifle. “You can go to the range and shoot a rifle 5 or 6 times and be good to go,” Heid says. 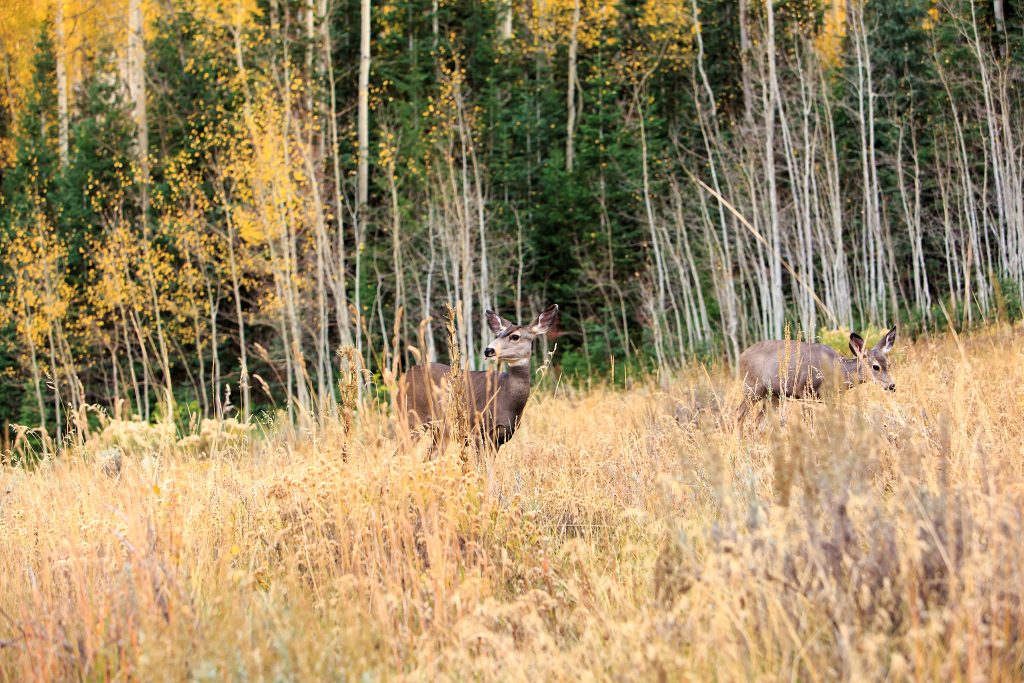 What’s involved with a hunt?

Hunting requires a lot of time and effort. Plan for multiple days in the backcountry and walking 5-10 miles per day, often before first light. Your best bet is to go out with an outfitter who knows the terrain, has experience and insider knowledge about the best spots to hunt, and can provide everything from a fully-equipped camp to assist with removing an animal. Even after an animal is field dressed (basically gutted and quartered for transport), you’re still talking about hundreds of pounds of meat that need to be removed from the backcountry. That’s where an outfitter like Del’s Triangle 3 Ranch can eliminate a lot of the guesswork and provide useful services, like horses to pack out your kill, but it comes at a price—full-service pack trips start at around $6,500 per person.

If you’ve never hunted before, the first item to check off your list is to complete a Hunter Education course, which is required before you can apply for a license. Hunting licenses in Colorado are issued through a fairly complicated preference points system that is species specific. “If you want to hunt a moose, for example, you need to plan about eight years out in order to get enough points for a license draw,” Heid says. The good news is Colorado is one of the only states in the country to offer elk hunting licenses that can be purchased at participating retailers and CPW offices. All other big game requires a license. 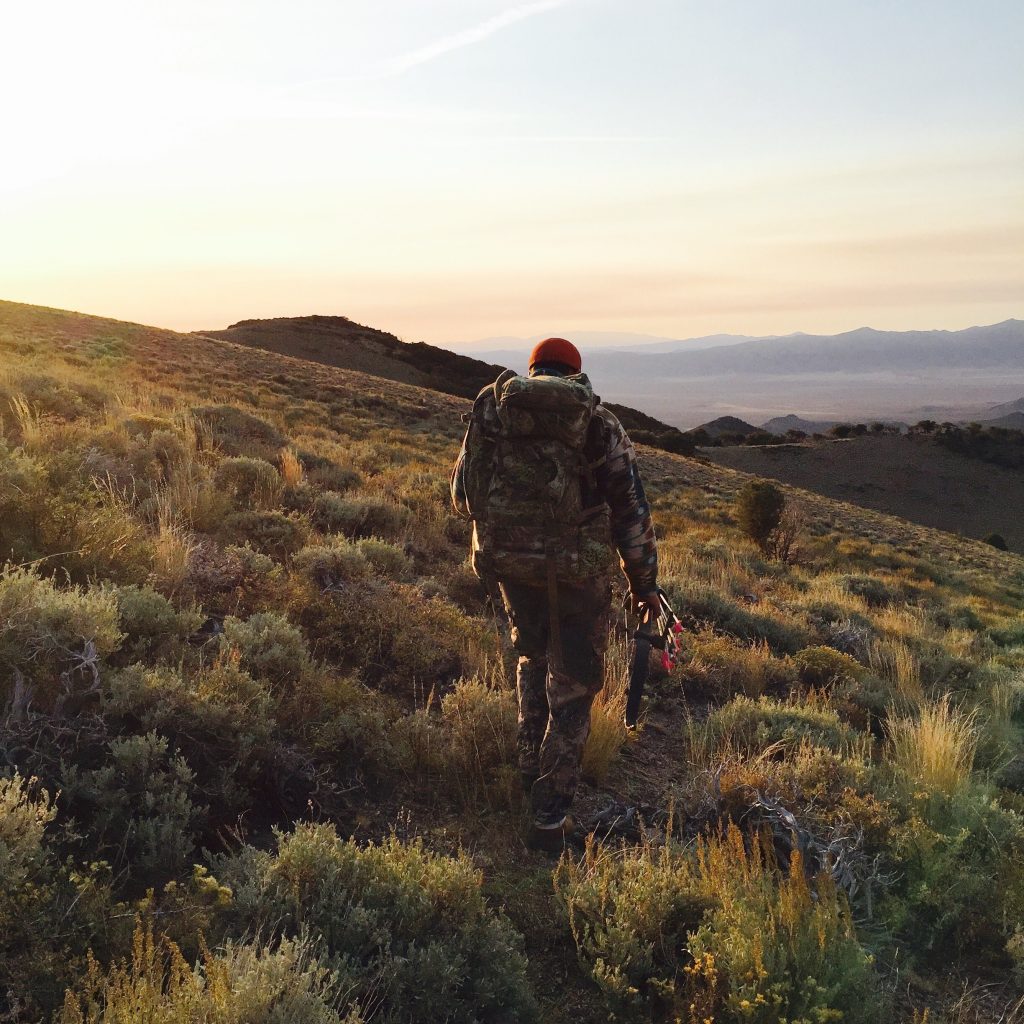 What’s so special about hunting?

In addition to the conservation and sporting aspect, hunting can be a true wilderness experience, Heid says. “Going out before daylight at a time and a place very few people will ever get to see is something pretty special.” // Colorado Parks & Wildlife