THE REST IS HISTORY: 108 YEARS OF WINTER CARNIVAL 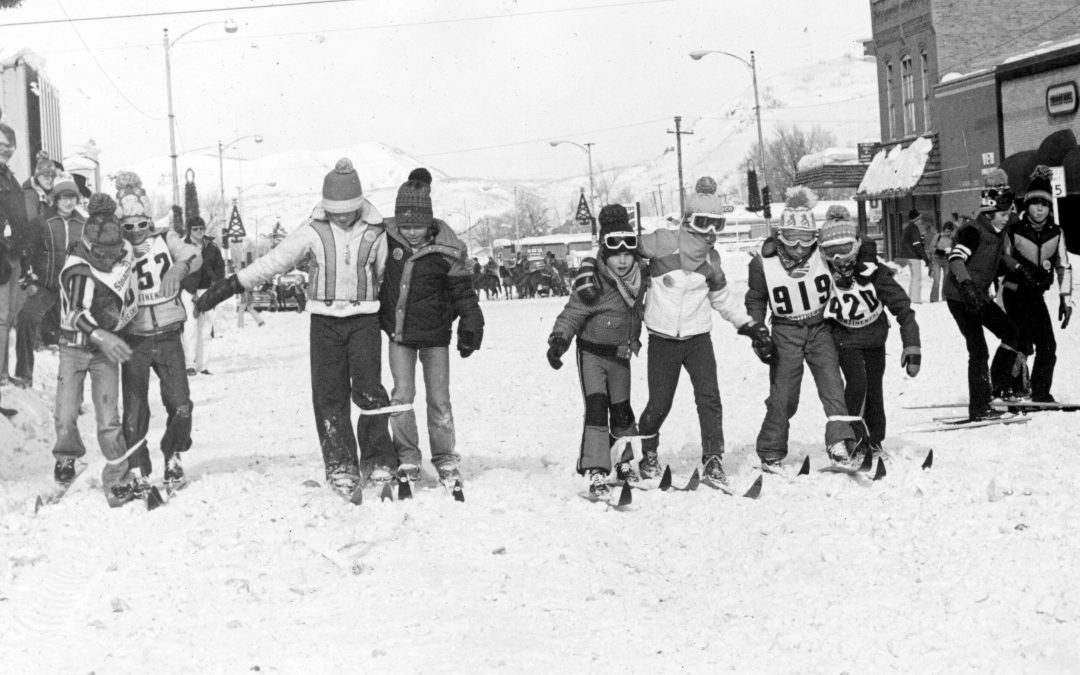 When the Ladies’ Recreational Club came up with the idea to create the Diamond Hitch Parade at the 17th annual Winter Carnival in 1931, 9-year-olds Annabeth Light Lockhart, Gloria Gossard, Catherine Campbell, and Doris Harwig skied down Lincoln Avenue strung together by rope in a diamond formation pulled by a horse.

Not much has changed.

The Diamond Hitch Parade is still a crowning event to this day and closes out the street festivities as the grand finale. Today you’ll witness strung-up skiers being towed behind everything from snowcats and fat bikes, but the rules remain the same: you still have to create a diamond formation connected by a rope pulled by animals, people, or motorized vehicles. The skier and the horse have come to define what is the oldest running winter carnival even west of the Mississippi.

For the first time in 108 years, the Steamboat Winter Carnival will diverge from many of its long-standing events because of the Covid-19 pandemic, but that won’t stop the community from honoring its legacy. “The real meaning of Winter Carnival is about the consistency and the tradition that helps us identify with our past,” says Katie Adams, Curator for the Tread of Pioneers Museum. “It keeps us rooted to our place and connected to our neighbors and people who lived here in the past, too. It doesn’t matter what has happened or what’s going on today; this is something we can still do together, just in a different way.” 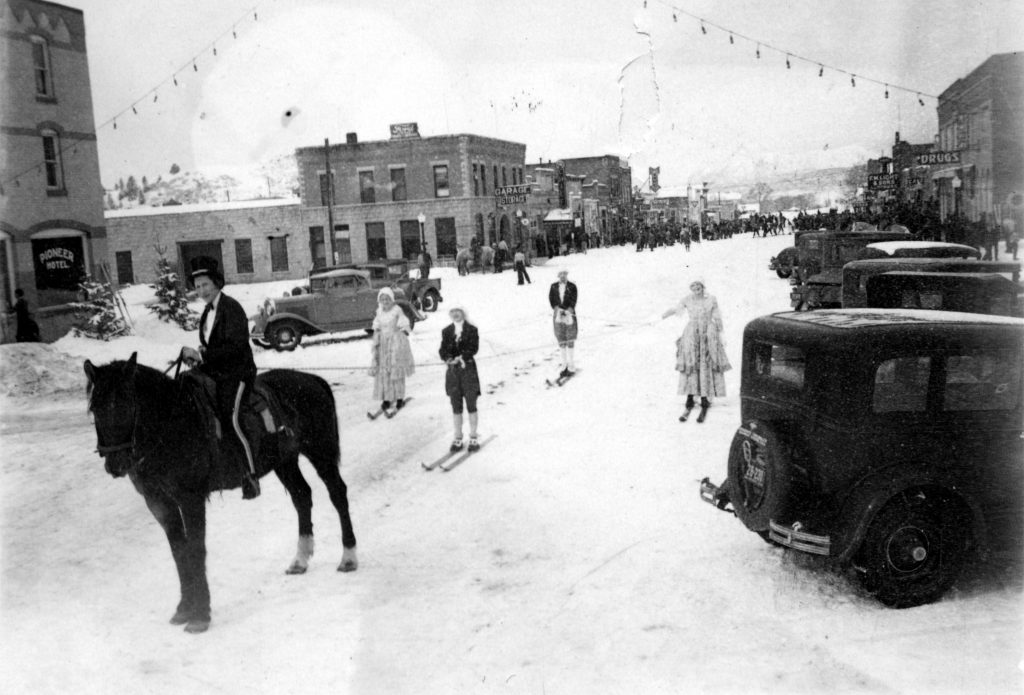 When the first Winter Carnival was celebrated in 1914, over 2,000 people gathered in Steamboat from all over the region—a large crowd considering the population at that time was under 1,000. Norwegian Karl Howelsen hosted the town’s first ski jumping event, luring professionals nationwide with cash prizes. “Howelsen was the first one to really showcase skiing as something people could enjoy just for fun, and not just a way to get around,” Adams says.

A series of cross-country ski races encouraged locals to join in on the fun, including a half-mile sprint, a ladies’ “free for all” race, and a 10-mile race—won by Howelsen, of course. Today, the ski jumping and cross-country events continue to give locals a chance to participate, even if it means hitting the 75-meter jump in regular alpine skis or watching the kids race through a ski obstacle course.

Taking it to the Streets

The iconic street events that have come to define Winter Carnival started in 1915. “Every year that passed, the street events on Lincoln Avenue got bigger and more elaborate,” Adams says. “There was everything from chasing greased pigs and tug of war to a Boy Scout’s fire-starting race. Local merchants contributed prizes that were just as obscure as the event. It might be a pound of cheese, a bucket of lard, or handmade fudge; basically, anything they could give, they did. And everyone loved it.”

The highlight of the street events is still the Diamond Hitch Parade and the infamous skijoring races, when skiing and ranching come together to define Steamboat’s character. “Skiers being pulled by horses was always a big part of the event,” Adams says. “Ranching in Steamboat was our main economic driver, so most of the original spectators and participants were ranchers. There are a lot of parallels that could be drawn between rodeo, the gumption it takes to ski jump, and ride a bucking horse. These cowboys were fit, they were brave, and so they had the stamina to take it on, as they still do today. 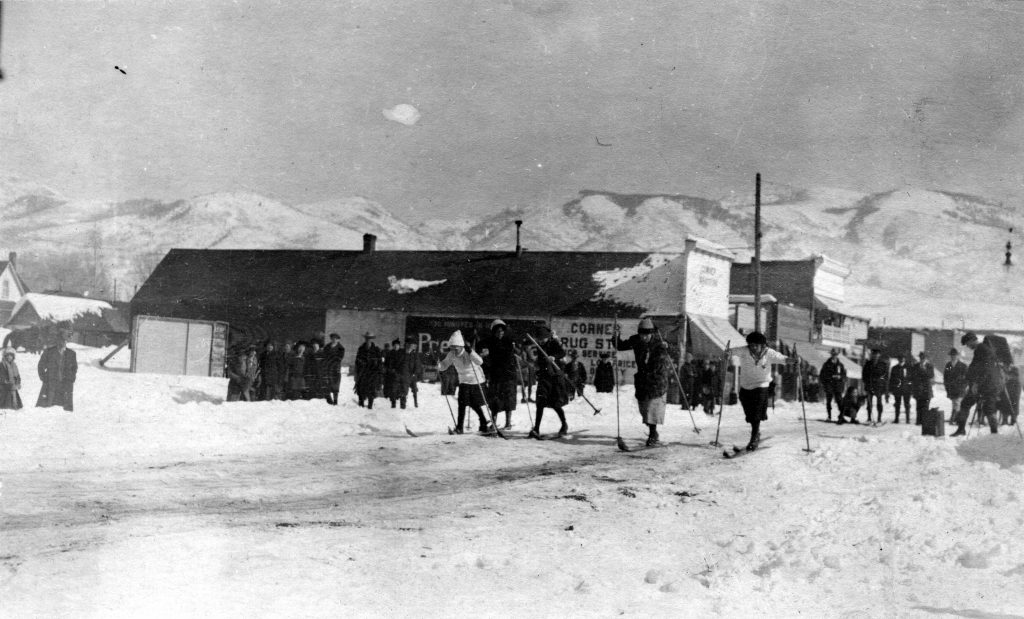 Light up the Night

In 1936, The Lighted Man made his debut when Claudius Banks skied down Howelsen Hill in a suit festooned with a leather harness mounted with flares and later, flashlights that ran off a car battery, and a helmet with a roman candle strapped to it. The setup would burn a hole in his ski clothes. In 1971, Banks handed the honor to his son Jon, who still travels to Steamboat from Vernal, Utah, to perform every year at the Nighttime Extravaganza.

Over the years, what began with simple slalom and giant slalom races lead to toboggan, luge, and bobsledding in the early 80s, and over the years, enough on-snow events to rival the modern-day X Games. “They did snowmobile races, motocross, and on-snow bicycle races,” Adams says. “There was volleyball, broom ball, hockey, and baseball tournaments. This community is out of control with their wild ideas,” she says with a laugh. 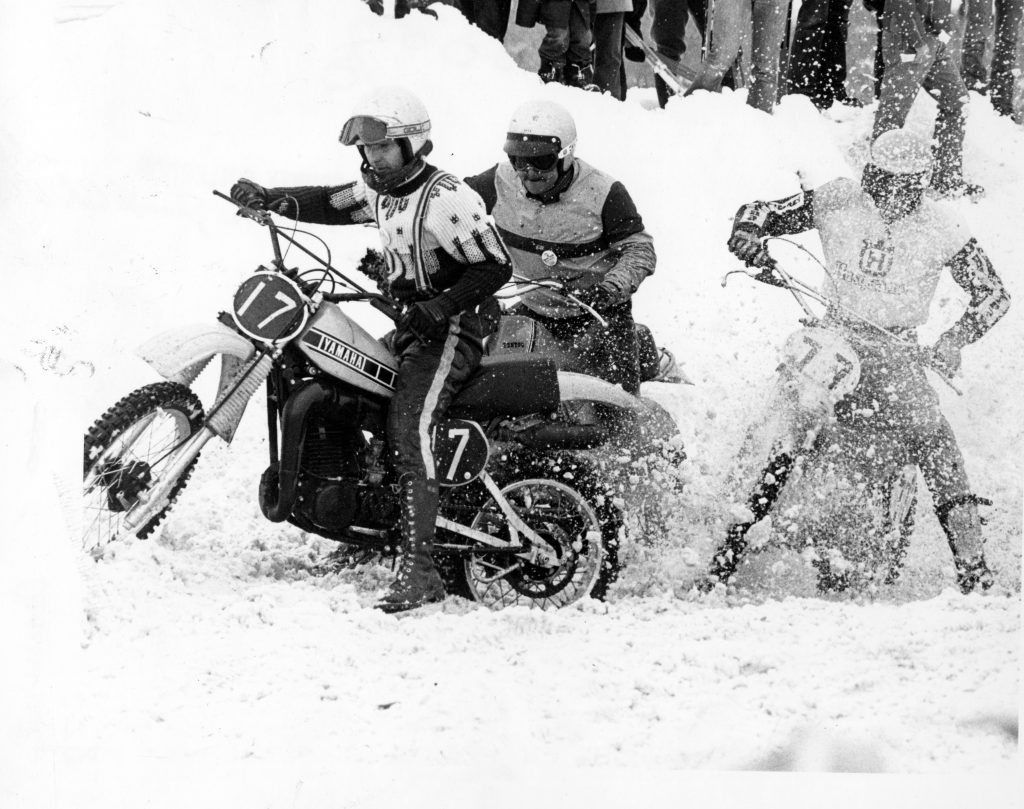 Over 400 kids from SSWSC participate every year, and it’s considered a rite of passage to reach the age of eight to be eligible to take part. This year, local kids will still have a chance to participate in on-slope traditions at Howelsen Hill, minus the lights or spectators. “Individual groups will celebrate in different ways throughout the week at their trainings,” says Blair Seymour, Development Program Director. “They’ll have fun competitions, obstacle course races, duals, terrain park sessions, and ski with mini torch lights.”

Over the years, the fireworks display has also become more elaborate, eventually winning the world record for the largest single firework in 2020—that’s what we call history with a bang. //wintercarnivalsteamboat.com

Photography provided by the Tread of Pioneers Museum. //treadofpioneers.org