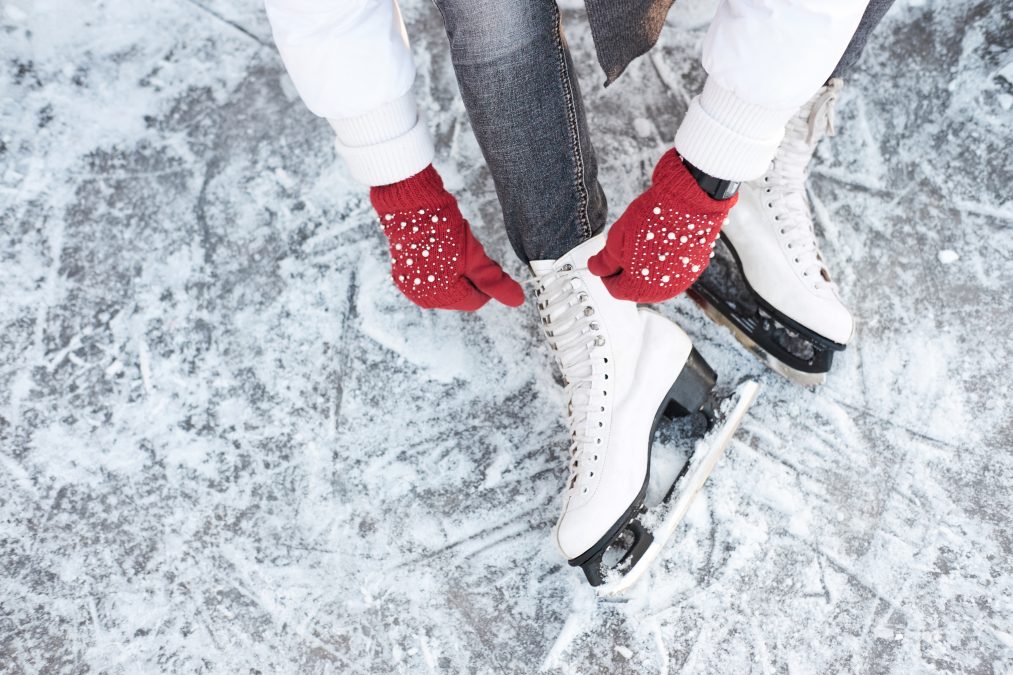 Steamboat has always been known as a winter wonderland, famous for its powder, tree skiing and stacked roster of winter Olympians. That vibe will be front and center this season with the debut of Skeeter’s Ice Rink in the heart of the newly renovated Steamboat Square, the centerpiece of the new après ski plaza that is part of the $200 million Full Steam Ahead on-mountain improvement project. 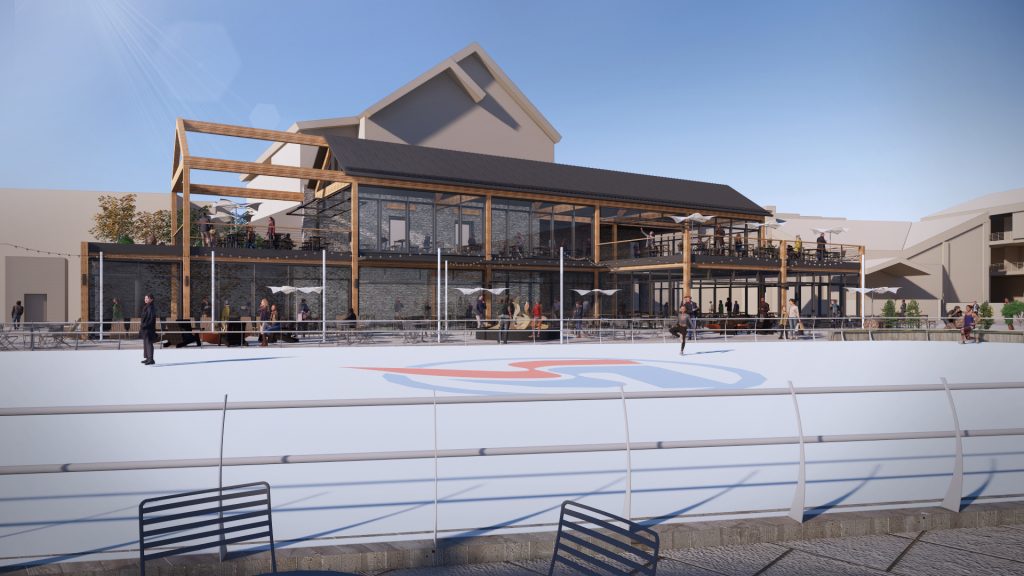 On opening day, November 23, 15 local figure skaters will glide onto the brand new ice to perform and help celebrate the ski season opener and the new rink. “The resort asked us to come perform because they dedicated the new rink to women of the Yampa Valley and to celebrate Steamboat’s western heritage, so we will be doing a western inspired show,” says Kelli Standekar, On-Ice Director, of the local non-profit Steamboat Skating Club. Skaters will range from ages 7 – 17 and will perform at 10:45 a.m. on opening day. “We’re super pumped about this rink. I know our skaters are super excited to be able to skate outside at the ski resort with their friends. It’s nice that our community is investing in skating as a sport.” “I’m very excited to be able sit around the rink at one of the firepits enjoying a signature cocktail or skating around the rink with my family, even enjoying a concert or music from the Steamboat stage,” says Jennifer Shea, Vice President of Development at Steamboat Resort. “We are looking at other fun activities such as broom ball, curling, and figure skating.” In the summer, turf will be rolled out, and Skeeter’s rink will turn into Skeeter’s Hub for an opportunity to enjoy yoga, lawn games, and other activities in the heart of the square.

Named after Gladys “Skeeter” Werner, the oldest child of the famous Werner family, Skeeter was born in 1933 and she began skiing at the age of one. In 1949 she rose in the ranks of competitive skiing and garnered national attention by winning the West of the Mississippi Championship in Sun Valley, Idaho. She became the youngest member of the U.S. FIS team and was ranked 10th nationally in downhill. Skeeter was featured on the cover of a Sports Illustrated and went on to marry Heisman Trophy winner Doak Walker in 1969.

Skeeter started the Steamboat Ski School, serving as director and owner until 1969. She coached the Colorado Junior National Team and the infamous Steamboat Springs Winter Sports Club. In 1984, Skeeter was inducted into the Colorado Ski Hall of Fame and went on to receive the Hazie Werner Award in 1989. In 2001, Skeeter passed away at the age of 67. “Skeeter’s Ice Rink will be a wonderful reminder of her impact on the world of women’s skiing and on Steamboat Resort,” says Marin Franciosi, Communications Manager, Steamboat Resort.

For the girls from the Steamboat Skating Club, the new rink will set the stage, so to speak, for ice skaters to join the ranks of skiers and visitors from all over the world in the Steamboat tradition of celebrating the spirt and tradition of winter sports. fullsteamahead.steamboat.com